Reimzul is a distributed build system that is used to build CentOS Linux up to (and including CentOS 7). For CentOs 8/8-stream/9-stream and beyond, see other koji system 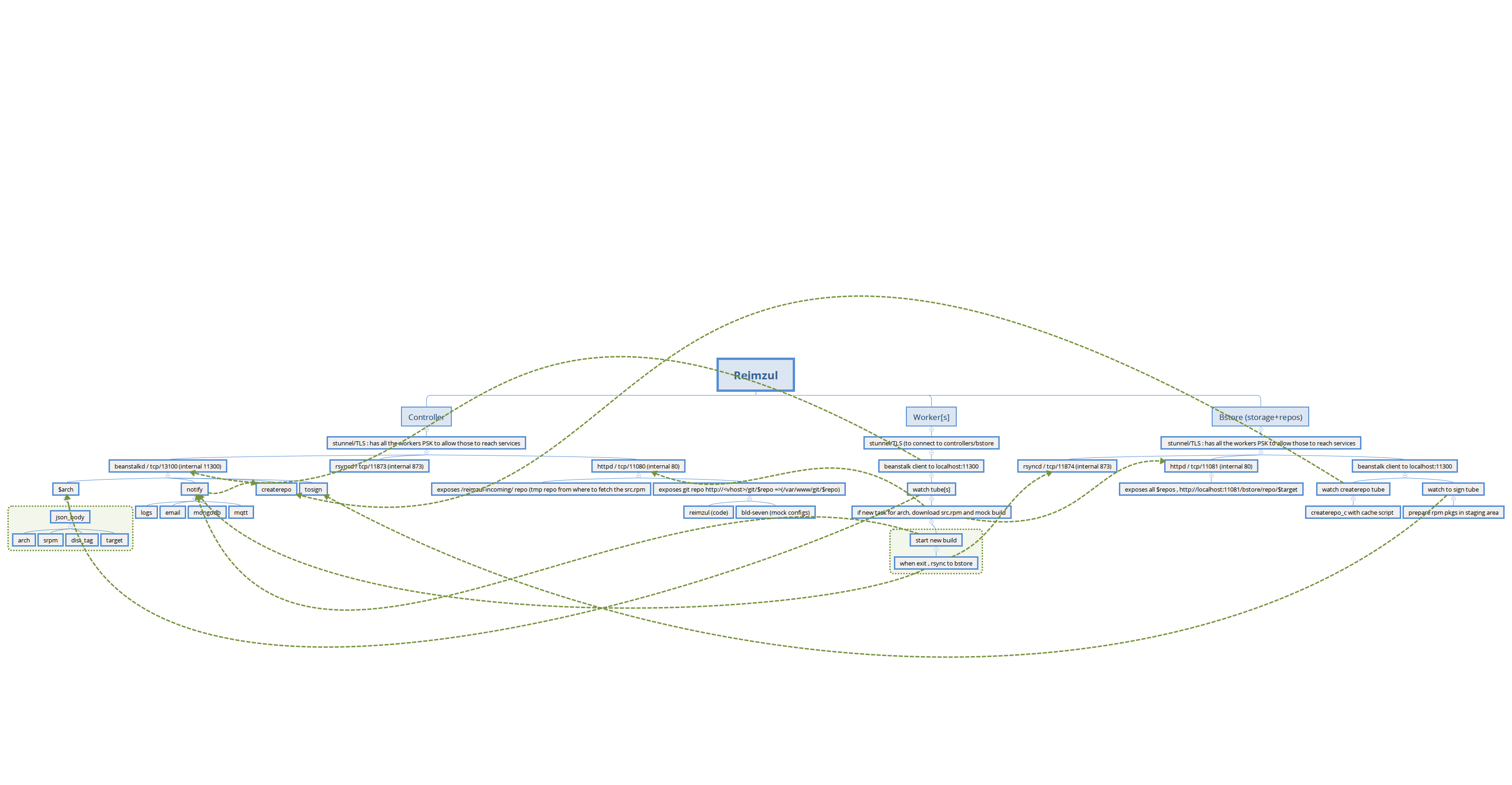 Reimzul consists only of some python scripts, that are used as wrappers around mock.

The following components are used to orchestrate the builds and notifications:

This is the node that runs beanstalkd for the various tubes/queues To submit a pkg, we have two options:

Important to know that there is no need to submit for i386 : it will be done automatically in parallel on the builder doing the x86_64 build, with the same timestamp

The controller has also a dispatcher worker (msg_dispatcher.py) that watches the notify tube, and will :

One reimzul notifier worker is enough to send notifications

These nodes are the ones that :

You can launch as many workers/builder threads you want : there is a .service systemd unit file (see systemd/reimzul-worker@.service) that you can then launch multiple times. For example, let's assume that we want 4 parallel workers :

Central storage node that will accept all build artifacts under specific target repos. Worth noting that all communication, including rsyncd, happen over tls (through stunnel) It has also a worker itself, just watching the "createrepo" channel. When a build finishes and has a successful build, one job is added to the createrepo tube (you can have multiple parallel workers for this too) and repo metadata is launched through createrepo_c, with multiple workers per process and cache directory

You can launch as many repogen workers threads as you want : there is a .service systemd unit file (see systemd/reimzul-repoogen-worker@.service) that you can then launch multiple times. For example, let's assume that we want 3 parallel workers :

One signer worker is enough (it will just copy the rpm files in a staging area, waiting to be collected for signing)

Local client (on the controller, so need priv and local access)¶

Once a .src.rpm is built and available under /srv/reimzul/incoming, you can submit builds to Reimzul is to launch reimzul_submit.py :